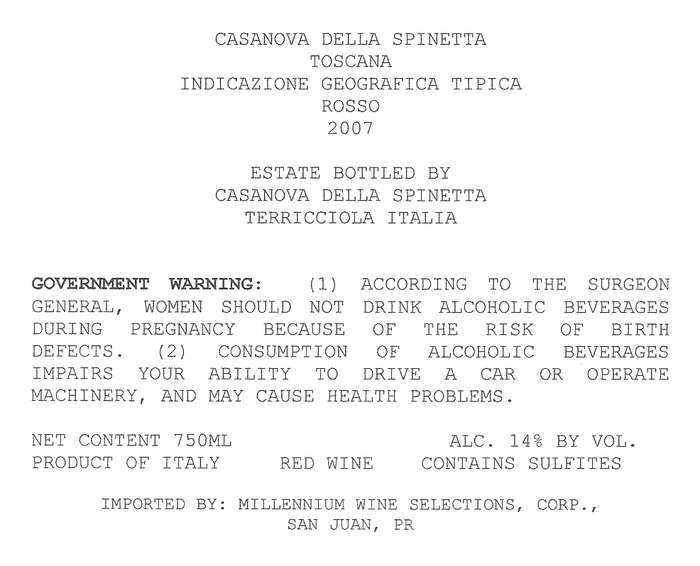 Il Gentile Di Casanova Casanova Della Spinetta does not yet have a rating. At this time, there are no reviews or comments for this drink.